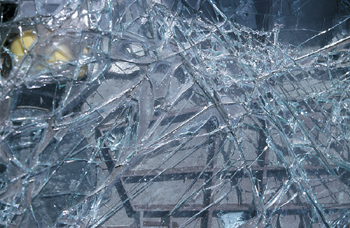 Several months ago a client came to me with a problem. Her problem was that she had been in a car accident when her mother was behind the wheel and consequently she could not get into a car and drive ever since. However it turned out that she had not been able to drive for over 20 years since passing her test.

This seemingly simple problem turned out to be very complex with many layers of trauma, anxiety, fear, addiction and self limiting beliefs and toxin issues to work through. Initially though she came to see me for two sessions during which we cleared her trauma from the accident and started treating her childhood issues.

Her father had left when she was nine years old and her mother had been extremely critical of her all her life. She had suffered an abusive and manipulative marriage but had eventually found real love with a caring and gentle man.

Although very confident in some areas of her life especially concerning her work, she completely lacked confidence and self worth in others. She informed me after the second session that she was very lucky because she was going to the USA and would be seeing an eminent traumatologist who is the top of his field.

Three weeks later I received a distressed phone call from this lady saying that she was back in England and was desperate to come and see me. She had gone through 40 hours of intensive treatment during the three weeks and quite frankly was having trouble knowing who she was anymore! She was still not able to even get into the car.

I had to deal with several current anxieties and fears until we could start working on the issues that were key to the driving problem. I decided that we needed to work dynamically and so my first goal was to get her to sit in the car. After a couple more sessions of TFT we managed to reach that point but she just broke down and was extremely distressed as soon as she sat in it.

We carried on working with her trauma issues which, were many and complex, including a significant memory of being forced to walk to school on her own at a young age. As we were tapping through, her whole perception of the event changed.

Instead of seeing a gloomy, dark day and herself as a frightened little girl, the image suddenly changed and she noticed that the sun had been shining and she saw herself as having been happy. She had a revelation. She understood that the driving was not the issue at all and as soon as she realized it she felt all the pressure release. I saw her two weeks later and she said that she felt peaceful and normal.

The best thing, however, was that she had just got into the car without thinking and driven a few miles from home and she had done it twice! She was amazed and delighted and gave me a big hug.

She wants to thank Roger for gifting the world with this incredible therapy which can truly do what seems impossible. For her the slate feels as if it has been wiped clean and she has been given a reprieve and a new start. I would like to thank Roger for enabling me to witness such wonderful miracles every day. I feel truly blessed. Thank you.