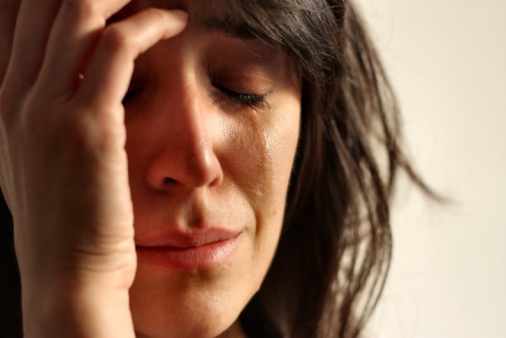 Jennifer Harp is a graduate of the TFT Boot Camp. Following is the story of her first experience with using TFT to facilitate healing:

Sara is a 45 year old mother of two daughters, age 15 and age 13, as well as one son, age 17. She resides in Wyoming with her live-in boyfriend and her daughters. Her son resides with his biological father in Florida. Sara has endured a lengthy history of sexual, physical, emotional and mental abuse at the hands of her biological father from ages 5-18.

She was later assaulted physically by numerous boyfriends as an adult. Her ex-husband raped her on numerous occasions. Her grief was compounded 8 months ago when she was told by her daughter that her son sexually molested her on a visit to Florida last summer. Her son is currently undergoing criminal proceedings for the assault. Sara sought counseling 5 months ago to assist her in managing her feelings of despair, shame and anger.

In working with her, I utilized the algorithm of complex trauma with anger and guilt [editor’s note: the protocol taught on this blog] to address her thought field of the perpetration of her daughter by her son. I chose the algorithm for two reasons 1.) it was my first time using TFT in my own practice and I was more confident with the technique 2.) I thought that this would be a good place to begin with her symptoms of intense trauma as the algorithms have been tested and proven with so many clients.

Prior to going through the sequence, her SUDS level was a 10 on a scale of 1-10. After the first time of using the tapping sequence she experienced a reduction in SUDS to an 8. At this time, we corrected for specific reversal by adding the karate chop [sh: side-of-hand] to the beginning of the sequence. After this process her SUDS dropped to a 5. Another correction for recurring reversal was added to the sequence by rubbing the sore spot, this dropped the SUDS to a 2. The 9 gamut sequence was provided and then repeated the sequence of complex trauma with anger and guilt. To finish, a floor to ceiling eye roll was facilitated. Sara’s final SUDS level was a 1 [no symptom].

No identifiable toxins were detected with Sara.

Upon administering this treatment, Sara commented that the technique was “unbelievable.” It took her several minutes to be able to identify her final SUDS level as she “could not feel it anymore.” Sara continues to tap on a daily basis with various algorithms as required for her symptoms.

Sara was the first client that I had utilized the TFT techniques with. It was remarkable the immediate relief that she felt in 7 minutes of TFT therapy that she did not receive in 2 months of cognitive behavioral therapy prior to the algorithms. Sara and I frequently tap in session; I use both TFT diagnostic and algorithms to address her symptomology.