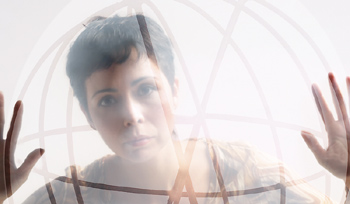 By Suzanne Connolly, TFT-Adv, from the UPdate Magazine, Issue 4, Winter 2006:

Solving the Mystery; Curing the Panic

At a recent Conference on Panic Attacks, a speaker presented as a fact, that panic attacks do not have their origin in past trauma. Speaker after speaker asserted that there is currently no cure for Panic Attack Disorder. While there are undoubtedly cases where this is true, I find that in most cases this upset in the sympathetic nervous system is rooted in past trauma and of course, with Thought Field Therapy, is curable. The following case study offers just one example.

Yolanda’s panic attacks were keeping her from her job as head of housekeeping at a nearby resort, and from her second job of babysitting her friend’s children, and from participating in life in general. She had been referred by her Physician and I began taking a history in an effort to find some specific sources of anxiety to address.

Being around small children seemed to precipitate the majority of Yolanda’s recent panic attacks. Being home alone at night, being around knives, seeing young girls at the resort where she worked, and driving at night seemed to trigger others. The panic attacks began immediately after Yolanda had seen a news story on television where two young girls had been kidnapped and murdered. A search party had found the girls’ bodies lying in a field. The murder weapon had been a knife.

Before seeing the news story Yolanda had experienced only two panic attacks. Once while in Mexico, visiting her native village, she and her husband had taken a long drive to a forested area. It was nightfall when they finally arrived and Yolanda could not get out of the car to examine the forest. A car had happened to be following them; Yolanda felt like she was fighting for her life as she screamed until her husband turned around and drove back to their village. She remembers her pounding heart and the feeling of unmistakable danger.

On another occasion, while visiting her mother at her families’ ranch in Mexico, her mother’s big dog attacked a neighbor’s small dog. Again: the pounding heart, the absolute terror. Yolanda remembers nothing of her childhood before the age of nine. Her first memory is a memory of being on a bus with her mother and younger brother headed to California. She remembers everything about California: living a year with her aunt, the trips to the beach, getting toys, cloths, and attention. Everything seemed good and peaceful and normal. Yolanda tells of her year in California as if it were a story from a fairy tale.

After she and her mother and her younger brother returned to Mexico, it was different. Yolanda’s father had never accepted her. Her mother told her it was because he didn’t like girls. (But later, a younger sister was born and the younger girl was treated, Yolanda says, like a princess.) Her three older brothers were allowed to treat Yolanda harshly. She was not allowed to eat with the family and had to go outside when everyone else ate. She would sit on the roof and look at the stars, or sometimes; she would visit the homes of neighbors who would give her something to eat.

When the family was finished eating, Yolanda’s mother would make her a small tortilla filled with leftovers. Yolanda would then clean up and do the dishes. Later Yolanda was required to cook the dinner as well. But still she would be banished from the home while the family ate. Often her brothers would throw the family cat on her food and play other pranks. Yolanda says she didn’t think anything was unusual at the time; “It was just the way it was.”

I ask Yolanda about a scar that runs up her arm. She says that it happened when she was about eighteen months old. Her mother has told her that her brothers accidentally cut her with a knife. Her mother had reportedly heard Yolanda yelling and when she found Yolanda, there was blood running down her arm. Yolanda and I wonder aloud if this could be related to the anxiety around knives that appeared after she watched the tragic news story on the television.

Although Yolanda had been experiencing multiple panic attacks a day; at the time of our initial session, she could not bring up the feelings of panic during that first meeting. There was only anxiety about the panic. I had Yolanda just think about the panic attacks while we did Thought Field Therapy using Diagnostics.

Yolanda reported feeling much calmer during the week prior to our second session. However, she reported that some of the panic returned when, at work, she witnessed a little girl running from the creek to the parking lot. I shared with Yolanda what I was beginning to see more clearly. Since seeing the news story, the sight of a small vulnerable child seemed to precipitate a majority of her recent panic attacks.

Even babysitting her friend’s children had been a source of panic. And there was the panic attack she experienced in Mexico several years ago when the large dog attacked the smaller dog. I asked Yolanda to think about what had happened when she was a baby, although she couldn’t remember it consciously and had only heard the story. Once again, we did Thought Field Therapy at the Diagnostic level.

It is our third session and Yolanda reports having experienced a few mild panic attacks. She says they are much less frequent and her heart does not pound as rapidly. We talk about not remembering her childhood before the trip to California. Based on what she does remember of her life in Mexico after the age of ten, we can safely surmise that her earlier unremembered years were also quite difficult.

I have her simply think about her life during those years, even though there are no conscious memories. I muscle test her saying “think of being between one and two years old”, etc.

When I find weaknesses indicating perturbations we use Thought Field Therapy.

During that same session and after doing some tapping, Yolanda suddenly remembers a man from her village that had a baby. He is her parent’s neighbor.

Her parents were the Godparents of the baby, but Yolanda gets a really creepy feeling whenever he visits. She has never liked him. She doesn’t know why. We use Thought Field Therapy as she thinks about this man.

Yolanda has also brought along a knife. She takes it out of her purse. It is thickly swaddled in a white paper towel. She cannot bear to look at it even in its sarcophagus and she grimaces as she hands it to me.

By the end of the session and after addressing the knife phobia using Thought Field Therapy, Yolanda can look at the knife even when I leave the room and she is alone. At the end of our session, she picks up the knife entombs it once again in its mummy wrappings and smiles as she places it in her purse.

Yolanda arrives at the office smiling. It is now our fourth session. She has been chopping vegetables and she can open the drawer in the kitchen at work that houses the knives. As head housekeeper, counting the knives is one of her kitchen duties.

Yolanda reports that there is still a trace of squeamishness but it is not debilitating her or restricting her activities. Again, she takes the knife out of her bag but this time she, herself, unwraps it from its paper-towel cocoon. She smiles as if the knife were an emerging butterfly. We use Thought Field Therapy as Yolanda concentrates on the remaining traces of her knife anxiety.

Fifth session; and there is still a little queasiness around knives. But Yolanda reports that its manageable and today she wants to talk about something else. She has been having no panic attacks; however a few days ago she awoke from a long sleep feeling extremely anxious. She had been working hard and had slept late. As we searched for clues Yolanda volunteered that there was a lot of work to do around the house that day and because she slept late it might not get done. If it wasn’t done, someone might get angry and she would be in trouble.

At the end of the session she could think of chores uncompleted and feel at peace. We still have a few minutes and we again address the little bit of remaining uneasiness around knives.

Sixth session: and Yolanda is feeling good and things feel normal again. Her Doctor has given her the go ahead to gradually go off her anxiety medication.

There are two remaining issues that Yolanda requests we address. There is still uneasiness when driving by herself at night in open spaces. And, relating to knives, she says that there is still a feeling like a “chill that passes across my chest” when she is around knives. It is very slight she says, “almost like a memory”.

Today we address the phobia of driving alone at night through large open spaces. This is a long- standing anxiety. This anxiety preceded her recent episode of panic attacks. By the end of our session, Yolanda reports feeling comfortable with the thought of driving at night alone through open spaces.

Seventh session: Yolanda has had no reoccurrences of panic attacks even though she has completely stopped her medication. Things are very close to normal. Yolanda’s father now lives close to her in a neighboring town. She miraculously loves him and holds no grudges. She takes care of him to a greater extent than do her three older brothers who live with him or close to him. On one occasion, since our last session, Yolanda drove her father through open spaces at night, and although there was some anxiety there was no panic and she did not have to turn her car around and go back. She thinks life is good once again.

After just a little more work, Yolanda has remained free of anxiety and panic for nearly a year. She no longer sends money and gifts to her mother in Mexico who never thanks her and has no time to talk to her. She no longer does what ever her older brothers ask her to do. When she hears herself set limits with others she laughs and says “Who is this? Is this me?

Addressing past trauma, even unremembered past trauma has not only eliminated all panic attacks and traces of anxiety. Thought Field Therapy has helped Yolanda learn to take care of herself and to realize that her needs too are important.