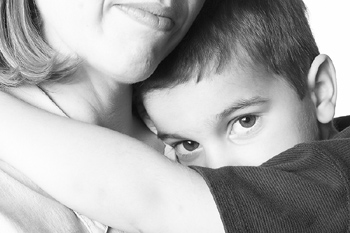 The following is an article by Nora Baladerian, PhD, TFT-Dx, from “The Thought Field” newsletter Vol. 15, Issue 3:

One day, now several years ago, I received a referral to work with a  young man who had recently been raped. He has Downs Syndrome with severe mental retardation, and extremely limited expressive language.

Since the rape, he had been severely depressed, and had acquired a condition of severe pain upon urination. His mother had taken him to the GP, to the urologist, and several tests had been done to ascertain the cause of the pain. They found no physical source for the pain.

His countenance was down, one could almost see the draw down of  the depression and trauma he was  feeling. His mother was discussing her secondary traumatization, and the more she spoke, the more he was retreating physically, nearly turning completely away from me, and facing into the  couch upon which he was seated. Even though there are things on  the coffee table to play with, he was doing his best to remain physically present but get away from the discussion.

I began by offering the mother  some solace and relief by doing a  trauma TFT treatment. She was  absolutely amazed to find that she actually felt better. We then treated  for rage, betrayal and depression. Her improvement was remarkable. I then suggested that we treat her son, using a surrogate approach. In other words, they would both stand, holding hands, and I would treat her as they both  thought about the rape. I tapped on the back of her hand for the 9-gamut portion of the treatment. I explained to him that we would be treating him for the sexual assault that had been done to him. I could not believe my eyes. I felt like I was watching a special effects movie picture. His countenance lifted! Unbelievable!

By this, I knew that he had been affected by the treatment. We did 3 or 4 trauma treatments (including rage and betrayal). He even smiled at me! Then I suggested we  treat for the physical pain he was experiencing with urination, which I guessed was a psychosomatic conversion.

We treated this issue using the pain algorithm, and again, the countenance brightened even more. We completed the treatment with the eye roll. We were about to be seated again when he said he needed to use the restroom. When he and his mother returned, he was smiling, and the mother reported no pain upon urination. For the duration of the session, he was playing actively with the items I keep on the coffee table, including  one that has sugar in it and when you shake it all off, the message on one side says, “I love you”, and when you turn it over and the sugar is removed it has a heart. He joyfully showed this to me  each time he shook the sugar down. He left clearly “lighter” than when he arrived and so did  the mother. I was blown away, and thrilled with the results. The only thing that would have been better would have been to have had a video camera to capture the  amazing transformation on his face.