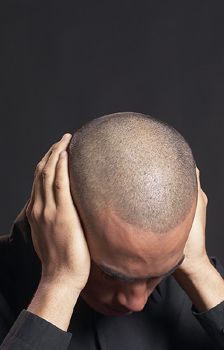 I am the Industrial Coordinator for Pittsburgh’s Critical Incident Stress Management (CISM) team and I have found TFT to be a very powerful tool in working with the individuals in these situations.

The principal goals of a CISM team are: (1) To reduce emotional tension. (2) To facilitate normal recovery process of normal people having normal, healthy reactions to abnormal events. (3) To identify individuals who might need additional support or referral to professionals for specific care. A CISM program is neither psychotherapy nor a substitute for psychotherapy. When I receive a call it is generally associated with a fatality at the workplace.

I first used TFT at a construction site where an individual witnessed an individual fall to his death. What created a problem for him was that he had a very similar near fatality for himself a numbers of years ago which ended up resurfacing for him creating visible anxiety for him.

I was able to have him follow me with the trauma algorithm and you were able to see the change and he was no longer feeling the anxiety from his previous fall.

The next time I had an opportunity to use TFT at an electrocution of an employee at a small company with a family type environment. I first treated them as a group using the complex trauma with anger and guilt. I also included hopelessness.

I then found that some people we’re having problems with other traumas in their past so I treated them separately.

Recently, I was able to take HRV readings in addition to using the TFT protocol with very interesting results.

I was called to the fatality and I was there a couple of hours after a conductor on the plant railroad was crushed between two cars. There were two individuals who saw the deceased at the site. They were the locomotive engineer and the yard master. I immediately worked with them and the victim’s fiancée at the plant.

In an industrial fatality, there is an immediate investigation by OSHA and the safety dept. All individuals involved are questioned very intensely about all conditions surrounding the accident.

The OSHA investigator was extremely impressed with my ability to rapidly help these individuals.

After spending a couple weeks with the operator of the locomotive, who had worked with the deceased for many years, I started to prepare him for the return to his job. We walked the site of the accident and I continued to tap whenever any discomfort surfaced.

I then had him think of the accident and our walk-around at the site: SDNN 16.4; Total Power 83.5; outside square for autonomic balance. Time 12:43. We did some tapping and his readings were: SDNN 22.5, total power 137.3 and he was balanced in center square ANS. Time 13:48. He felt considerably better and we finished for the day.

On the next day he was asked to run a locomotive for an individual who had reported off for the following day. His readings we’re: SDNN 54.0; Total Power 1207.3; ANS a little high outside of the center square. Time: 11:13, 03/03/05. He stated he felt fine and had no anxiety or fears about returning to work.

He reported that he had, at times, felt some sad feelings about the conductor who died but it was not overwhelming and was not accompanied by any feelings of guilt. The plant manager told me that he was quite surprised at how the locomotive operator was carrying himself and that he was walking with a spring in his step and was looking up and ahead.

The plant protection supervisor said that he could see the change in the engineer’s eyes after the use of TFT. The individual was evaluated by a mental health professional and was found to be handling the fatality well.

Not only was I able to help the individuals deal with such a tragedy, I was able to show that the individual was ready to return to work. I am presently working at getting the largest industrial union in North America to look at using this throughout the union.

I was discussing TFT with Charles Figley when the discussion turned to treating those who were affected by the recent Tsunami and the problems a therapist can have with language and cultures. Quoting Charles: “TFT has no boundaries—you do not have to know their language or culture but TFT works.”