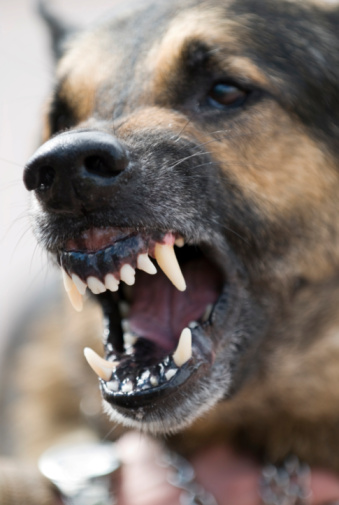 In 1994 Catherine was bitten by a dog which caused a severe wound to the right forearm. The wound was very deep and required hospitalisation for a week.

From 2006 onwards Catherine began to experience pain and discomfort in her right hand and wrist and was diagnosed with RSI which resulted in a period of time off work. Catherine sought help from a physiotherapist and was able to obtain some pain relief as a result of the treatment.

In 2008 Catherine began to work with a new physiotherapist who also introduced acupuncture into the treatment sessions.

“…During a recent session with George (2010) he decided for whatever reason to try some deep tissue massage on the site of the dog bite. As soon as he started this I felt “odd” and involuntarily pulled away from him – I started to feel slightly sick and faint. Felt no real pain though.

Asked me what was wrong but I couldn’t really explain to him what was wrong just that it wasn’t painful as such just felt wrong. He stopped and asked me to do the massage myself. I couldn’t bring myself to do it yet he persisted and I started to do what was asked, but as I was massaging my arm I was feeling more and more sick and really thought I was going to pass out. Even the slightest touch brought on a sick uncomfortable feeling.

Until this day I hadn’t really realised that I had this reaction to being touched on that particular part of my body – George put some Medical term to what my problem was (Can’t remember what he called it) And he said that until I could happily do the deep tissue massage he thought my arm problems would persist.

His advice was to go away and massage the area daily until I got to the point where It was no longer a problem – he did say that this may take 12 months or more before I got to this point. I was determined to do what he asked as I really wanted to sort out the problem, but the more I tried to touch my arm it seemed the worse the reaction got.

Then I had a brain wave…… talk to Pete! (If only I’d known you 4 years ago when I was spending a fortune at the osteopath!!) During the session even talking about having to touch my forearm was enough to generate an uncomfortable feeling – it was something I just couldn’t do.

Pete did some muscle testing to find the right sequence and we started “tapping” – and we tested results by thinking about touching the arm. After a few minutes the thought of touching arm was something that I felt OK about.

Pete not happy with just “OK” so we did a little more and within just 15 minutes I could quite happily touch the affected area. There was no trace of the previous uncomfortable feeling, the sickness or dizziness and I could happily touch the arm and actually smile as I did it (Even now writing this – just the thought of being able to touch my arm brings a giggle!!)

The results were fantastic. I’m not really sure why I was so surprised because I’d read how powerful TFT could be and had every faith in Pete, yet the results still came as a surprise!!

After the session I just had to keep touching the arm because I knew I could! Since my session, the pain I had been experiencing has been much improved. I don’t have pain as frequently as I did prior to my session and when it does flare up the pain is not half as intense. I’m finding that I can manage this pain with a combination of TFT pain algorithm and with self hypnosis.”

3 thoughts on “Healing from Dog Attack”