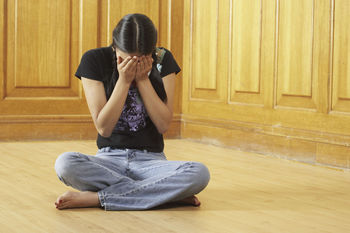 A health care professional became very interested in my work when she observed obvious improvements in some of her patients and herself as a result of TFT done by a colleague. After observing such events over a period of two years, she began to wonder if TFT might be able to help her daughter who had been raped two years earlier when she was only 13 years old. Lenore (a fictitious name) had been in psychotherapy for two years with a very dedicated psychotherapist. Despite the fine efforts of the therapist, Lenore was still suffering terribly.

The possibility did not initially occur to the mother that TFT might help her daughter’s condition since her many disturbances were clearly due to a terrible reality situation. Believing the conventional view, she assumed that the problem would have to be treated gradually over a period of years and that a rapid treatment could not possibly have a good effect on such a terrible and real situation.

Prior to the rape Lenore was a very sociable, happy, and generally outstanding child. Lenore was doing very well in school and was doing well in a number of ways.

After the rape, Lenore became a completely different youngster. She began to overeat and purge. She constantly obsessed about the rape and had regular severe nightmares. Formerly a superb student, she became a very poor one. She was hospitalized in an institution specializing in eating disorders. Unfortunately, she became worse while in the hospital and began cutting herself and taking laxatives. END_OF_DOCUMENT_TOKEN_TO_BE_REPLACED