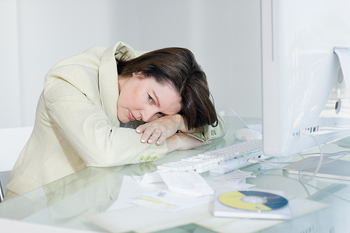 Written by Gabrielle Williamson, Australia, Oct 2010 (from Volume 17, Issue 3 of “The Thought Field”):

In 2000 I was diagnosed with post-traumatic stress disorder after a brutal physical attack. Because of head injuries I was unable to complete thoughts or make any sense of the world. This led to debilitating depression as even simple tasks like cooking had become difficult. I was also suffering from severe anxiety and did not know how to engage in society. I became a relative hermit and put on a lot of weight. All I could manage was eating, sleeping and watching videos. My depression grew and intense rage emerged as I ruminated day after day on the attack.

Five years passed in this manner then one day I was introduced to a local TFT Practitioner who listened to my story and offered to give me a treatment with TFT. I was totally skeptical, yet after several treatments I lost the depression and became more functional. Soon, not only did my fear of people and being in public places disappear, but I began to rekindle my former career as a singer/ songwriter and performed my songs at local venues. Previously my memory had been so damaged due to head injuries that I had had trouble remembering my songs. It improved using TFT.

I also became a TFT practitioner and continued to clear phobias, stress, confusion, love pain and rage as they emerged and began helping my friends with TFT as well. Soon I had several regular TFT clients. Chronic depression and anxiety became things of the past.

I realized with gratitude that I had started living my life again and it was better than it had been even before the assault!

In 2006 I won $1,000 first prize in a major local songwriter’s quest and went on to record an album of my songs. I organized every detail of my own album launch which had been an unfulfilled dream for 30 years.

Today I have 4 different part-time businesses which I run myself including a small TFT client-base, many friends, hobbies and interests and am living the life I always wanted to live, as cliche as that may sound! I am an active member of my community and the world at large and feel I have something to contribute. I have no doubt that I am capable of moving on to achieve even greater goals as my life unfolds.

This year, 2010, I will be 50 years old and have never been happier than I am right now. I believe that TFT has very significantly contributed to my healing process when very little else seemed to be working. It is simple, fast and effective as a modality of therapy and easy to administer to myself and others when the need arises. I highly recommend it to anyone. I will continue to rely on its help as it is an invaluable way to be free of all kinds of problems both mental/emotional and physical.