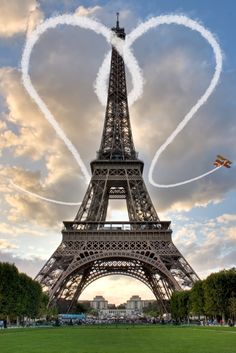 On Friday November 13th terrible events happened in Paris that literally traumatized the whole population of France and many others all over the world. As a TFT trainer/practitioner and UK TFT Foundation board member, I’ve had the privilege to participate in a trauma relief mission in Uganda in January 2014.

This experience changed me on many levels. One of the realizations I made at the time was that all the good that TFT can bring to a community half the way around the world might also be needed right at my door step. So when the Paris events occurred it was obvious that TFT could be a great asset for the community in order to support as many people as possible, as quickly as possible and as often as possible.

With a group of French-speaking TFT-Adv practitioners, equipped with our know-how in TFT and our experience in guided meditation, we committed to give our best to help anybody we could reach that would be willing to participate.

We opted for teleconference calls to offer free group tapping and short meditation with a two-step goal. One was trauma relief for as many people as possible and the second was to guide committed volunteers into leveraging what is known as the meditation effect, aka the Maharishi effect. It basically refers to the fact that people meditating have a tangible measurable effect on the well-being of their entire community. Many experiences, largely documented, have established this fact beyond any shadow of a doubt. The impact on the lowering of criminal activities, acts of terrorism, accidents, etc. is indeed compelling.

Using a free teleconference call system made it very easy to schedule sessions twice a week to begin with and weekly later on. Using each practitioner’s personal network, we sent emails and used Social Media to let people know about the initiative, which led to up to 100 participants at a time on a call.

Technically, TFT is a great tool to help several people at a time. When a group of people come together physically or focus together on the same topic, their Thought Fields tend to unite to form a common Thought Field that can be, for all intents and purposes, looked at and treated as an individual (or collective) Thought Field.

Having a group of people at the same time on the phone and asking them to focus on the same topic would create the previously described condition. TFT Voice Technology (VT) can then be applied to the collective Thought Field with minor adaptations. The Subjective Unit of Distress (SUD) was indeed tested for the entire group and monitored accordingly.

The sessions were facilitated by a group of TFT-Adv practitioners, each of which had specific roles to fulfill regarding the group of callers. One would lead the session and determine the tapping sequences. One would systematically check for and surrogate-correct any encountered reversals. One would check for the need for Collarbone Breathing and surrogate-treat as necessary. One would monitor the level of consciousness. One would monitor the level of presence. One would check all of the above for the group of practitioners. One aspect of this initiative was the fact that it was bilingual, led in French and simultaneously translated into English. One of the TFT-Adv practitioners was solely dedicated to the translation.

The session leader would first ask all of the callers to focus on the event and apply the VT protocol to bring back as much balance as possible. This portion could be done multiple times until the group is ready for the next phase. That would also be determined using resonance testing. The next phase would then consist of selecting specific emotions or values that the session leader would ask the group to focus on in order to determine a new SUD. During the first sessions, anger, guilt and sadness were most prevalent.

Over time the focus evolved towards freedom, steadfast positive mindset and inspired action. Having the callers focus on specific emotions helps make the collective field even more congruent and by so doing is a tremendous asset in the clearing process.

When a deeper level of balance is attained, the callers would then be guided into the meditation part of the session. The guided meditation mainly consists of having the group focus on and feel in their body the positive attributes that we wish to see more of in our communities, including a greater sense of peace, love, pure life energy, friendship, goodwill, etc. Having them embody these emotions/vibrations and spread them in their environment is a key intention of the procedure. The meditation uses intentional focus, visualisation and breathing techniques to build-up and manifest the energy.

At the end of each session, callers who would still need further help were invited to speak up and received personal support using VT.

After seven sessions in five weeks, we have had a wide spectrum of comments and feedback, from deep relief and inner peace, to further disturbances that appeared between sessions. Those were addressed by referring the participants to the Trauma Relief blog resources, in particular the Complex Trauma Algorithm and the Collarbone Breathing videos.

Overall, many participants felt the need to let us know how helpful these sessions were for them and how much they would look forward to the upcoming sessions. They became regular participants and continue to express gratitude for the opportunity to be of service to the community.

One key element that seems worth mentioning here is the required level of inner balance in the group of facilitators. TFT is indeed a fantastic balancing tool to be used daily by anyone who would seriously consider helping others at that level. Self-awareness of one’s inner balance is in my opinion an absolute requirement.

The more TFT practitioners engage in similar initiatives, the greater impact the TFT community can have globally.

Excerpted from “Tapping for Humanity,” Winter 2016