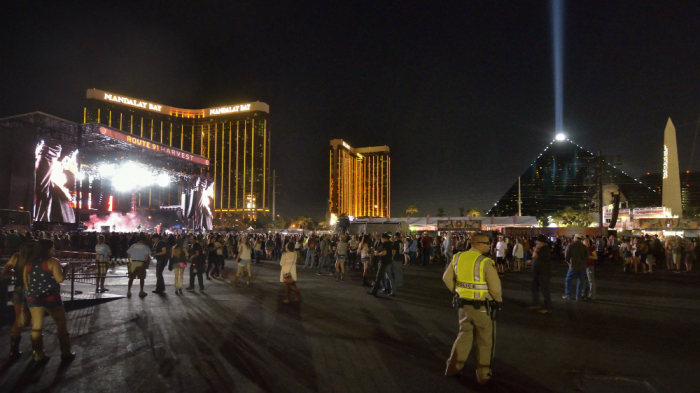 Let us help survivors of the earthquake in Mexico deal with its aftermath by reducing the effects of trauma–and pass this on! Thank you, Leonor Zarazua, for this diagram of the simple trauma relief technique. 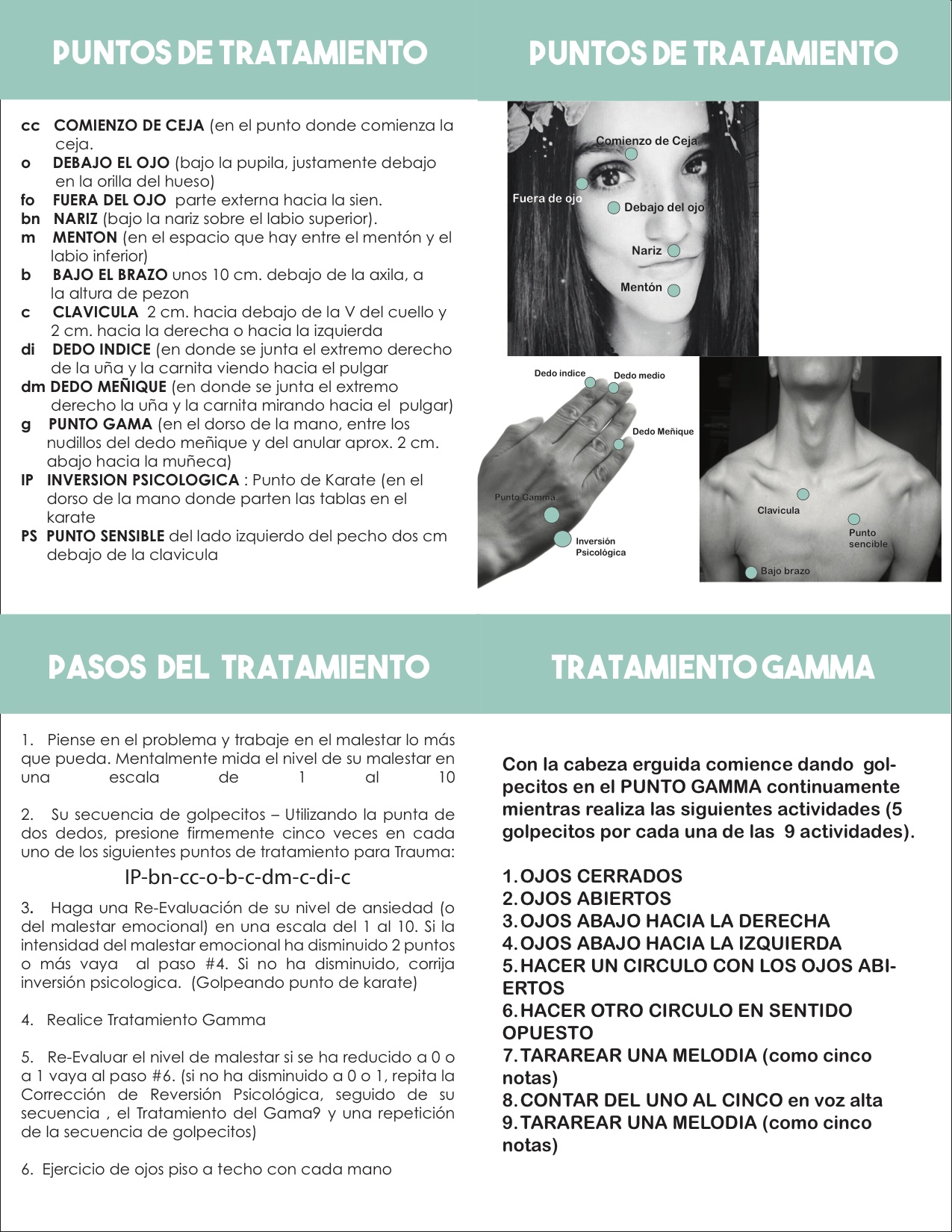 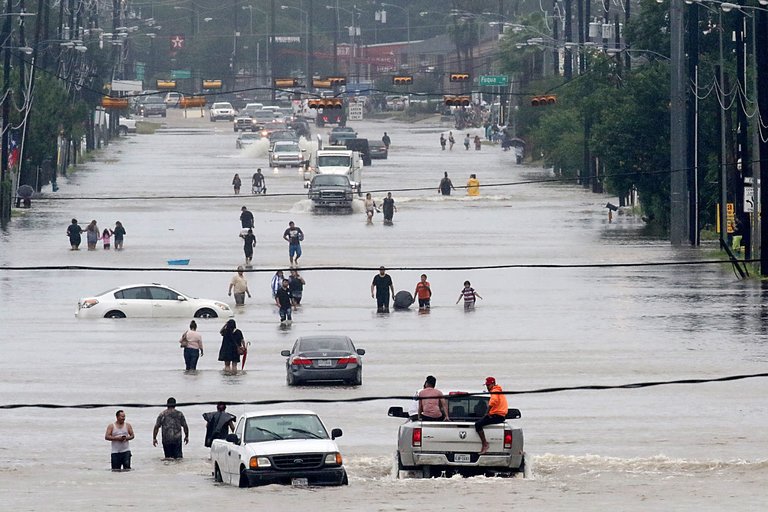 Natural disasters such as Hurricane Harvey in Texas–and its aftermath–can traumatize hundreds of thousands of people, greatly adding to the burden of putting together the pieces after such a tragedy. Thought Field Therapy is powerfully effective in relieving the debilitating effects of trauma. Please help by passing along the link to this site to whomever you may know who has been affected by the hurricane: http://www.TFTtraumarelief.com. To go to the precise page with instructions and video demonstration of this easy, self-administered tapping recipe, click here. As there is a large Spanish-speaking population in the affected area, click here to reach instructions in Spanish.

Small groups of professionals from the non-profit organization the Thought Field Therapy Foundation* have made seven trips to Rwanda, beginning in 2005, teaching community leaders to heal themselves and then to train others in their communities to heal themselves using TFT. END_OF_DOCUMENT_TOKEN_TO_BE_REPLACED 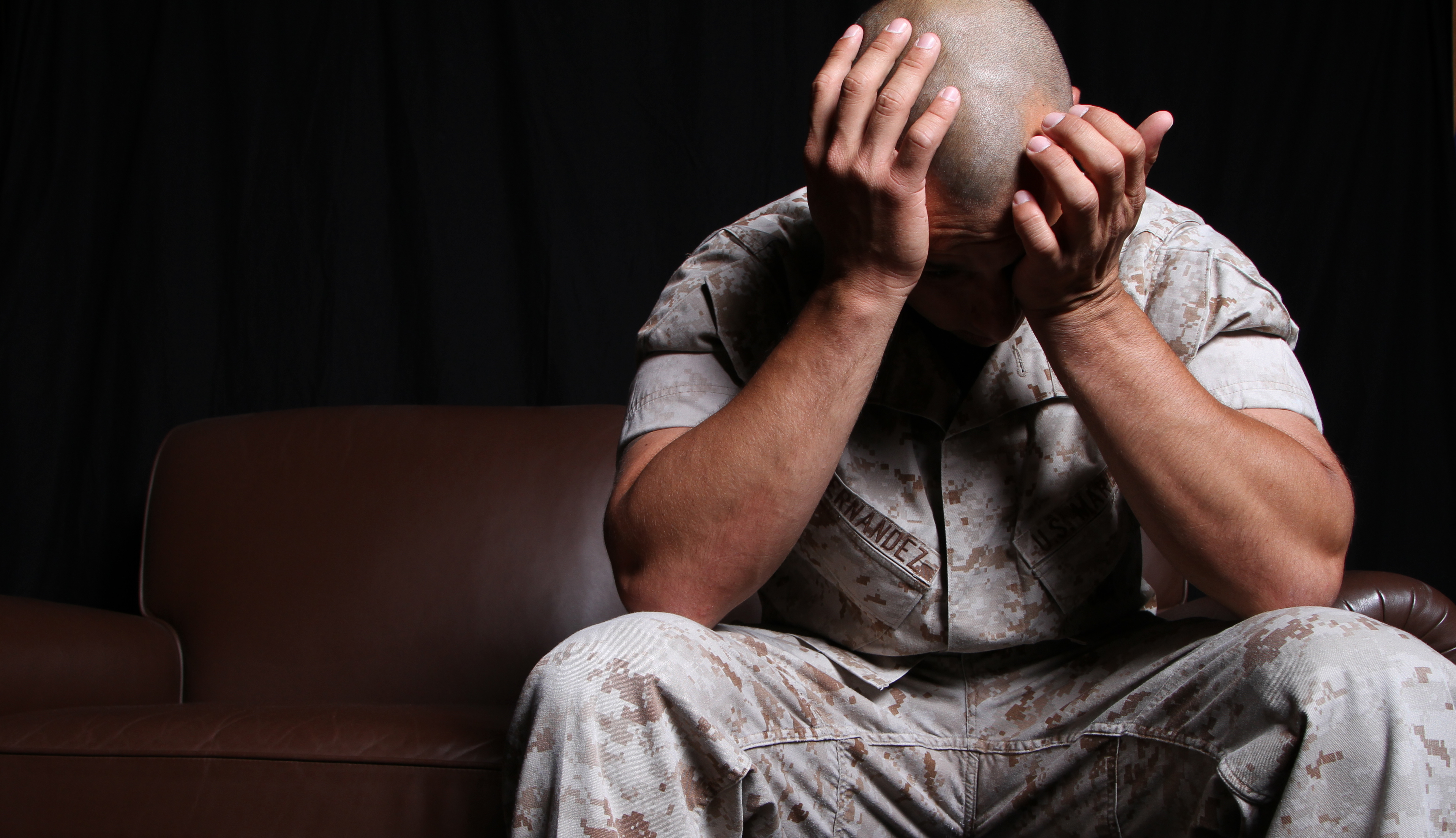 PTSD, post traumatic stress disorder, is akin to choking. When food gets stuck during the process of swallowing we call it choking. When the emotions that are raised by an intensely negative experience do not get digested by the mind’s usual means (talking about it, dreaming about it, coming to a way of understanding it that makes it digestible) the negative emotions continue to emerge as quickness to anger, anxiety, marriage problems, flashbacks and other means for a very long time after the triggering incident.

Fortunately, while ptsd symptoms can be long-lasting, new energy psychology treatments can be short to administer and thorough in the relief they bring. Attempts therefore are currently underway to establish these treatment methods as standard procedures for treatment of military-induced ptsd. Still, far too many veteran treatment facilities do not yet use these new techniques.

The most intensively researched of the new energy therapies is the group of treatment methods referred to as acupoint stimulation, also known as tapping treatments.  Interestingly, the techniques, though usually administered by a mental health professional, can also be self-administered as in this teaching video.

Psychologist David Feinstein PhD conducted an excellent broad metastudy of this research reviewing 3000 studies of tapping techniques. Published in the Review of General Psychology (August 12, 2012), this excellent article focused on the 50 or so studies that met Dr. Feinstein’s criteria for presenting clinical outcomes and having undergone peer review.

Dr. Feinstein concluded that EFT (Emotional Freedom Technique)* and other similar protocols for tapping with fingers on acupoint points successfully released the emotional pain associated with traumatic memories, and did so faster and more comprehensively than most traditional treatment methods:

These studies have consistently demonstrated strong effect sizes and other positive statistical results that far exceed chance after relatively few treatment sessions. Investigations in more than a dozen countries by independent research teams have all produced similar results.

Use of tapping techniques in Europe

From Norway, Mats Uldal wrote in response to initial publishing of this blogpost:

In Norway we have been treating more than 10000 people in my clinic the last 16 years. I have developed a direction of TFT called Simplified TFT with advanced questioning techniques (AQT) and I can wholeheartedly say these techniques work.

I have been doing traumawork on Kosovo war survivers, Katrina survivers in New Orleans, human trafficking survivrs in Moldavia, and violence and poverty survivers in Uganda all as part of a large-scale 2012 study. If you want the best for your clients, free yourself from your sceptisism and try for yourself. When you start using it, tapping proves itself…

Energy psychotherapies are to traditional psychotherapy as the alternative physical therapies like acupuncture are to medical treatment. We do not really know how or why they work, but the potency of their healing impacts are clearly evident.

I have written this posting in hopes that all who work with people who have suffered trauma from disasters, including vets and prisoners of war, or who suffer with chronic feelings of anxiety, anger or other negative emotions, will take these new energy psychology healing methods seriously.

*EFT is an offshoot of TFT

The following is a case study submitted by a recent TFT algorithm course graduate:

Client 1a: 1a is a 40 year old male with emotional seizures, PTSD, anxiety disorder, schizoaffective disorder. When he gets very anxious, he starts to hear voices that tell him he is no good and no one likes him; he gets flashbacks of his childhood when his father beat him.

I have known 1a for several years; he has caseworkers, a psychiatrist and a neurologist on his team. I have spoken to each of these professionals and have been encouraged to try tapping with him.

I could see that 1a was upset; his face was red and his eyes were wide and had an intense look that I recognized from past experiences. He said he was hearing voices that were telling him he was no good. I could tell he has close to having an emotional seizure. 1a had some tapping experience with a former therapist.

I did the algorithm for anxiety: e, a c.

I chose this algorithm because it was simpler and I thought it had the best chance of reducing the SUDs.

I did the simple PR first thing right off the bat, because I did not know how long I could hold 1a’s attention, and wanted to be as effective as possible as soon as possible

I am very happy to have TFT in my tool kit; when 1a was so anxious, talk therapy may not have been able to reach him. Tapping was the thing that got him to readjust his body and mind.