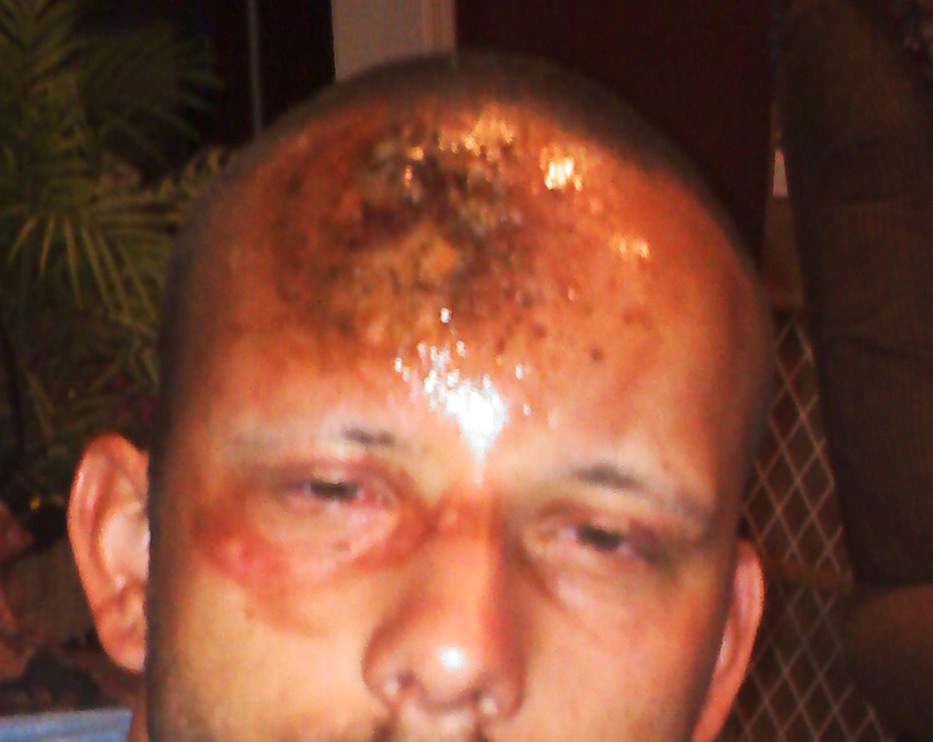 Fourth of July in the United States is a major Holiday where were celebrate our independence and birth as a Nation. Most businesses are closed in observance of this patriotic occasion.

Major cities around the world have festivities, parades and concerts. The night ends with awesome displays of bursting color and light forms dancing against the dark backdrop in the sky. The Awe’s, Oh’s and Wow’s from the spectators can be heard echoing under the magnificent burst of light with loud pops and bangs.

For many living in the outskirts of the city or for those who choose not to travel into the crowded cities, friends and families come together and celebrate with each other at their homes. They create their own excitement and shoot off their own fireworks.

But, what happens when an exciting, fun filled evening turns bad? Our 22 yr. old son, was in a rural area enjoying the festivities with other family members. After a day of boating and swimming, everyone sat around the campfire as several of the adults went over to the secured area to shoot off their own fireworks.

That’s when the evening turned disastrous. As soon as our son lit the fuse on his firework, it exploded in his face. Since it was dark, it was hard for anyone to determine how bad he was. There were several EMT’s at the party who started administering care right away. The closes ambulance was too far so they rushed him themselves to the closest hospital emergency center.

My husband and I were 3 hours away and did not get the call right away about the accident.

At the hospital, they had to remove various shrapnel from his forehead and eyes. He had 3rd degree burns over his face and forehead and his eyes were badly burned. END_OF_DOCUMENT_TOKEN_TO_BE_REPLACED

Paul V. Harris talks about the severe trauma he suffered from an auto accident 20 years ago that left him burned over 80% of his body–and the first time he ever felt relief, through TFT.