We are sharing this on behalf of one of our newest Algorithm Practitioners in the Middle East, Zena Nabil Hammami.  It is her first case study after completing her online algorithm certification course.

Just think what a difference it could make in the lives of children everywhere, and especially those living in the war-torn areas around our planet.

A friend of mine came to me to help her little son, he was 6 years and he was having a daily “Enuresis”, actually his mother used to put a baby diaper for him every night, she said that she took him to the doctor and after doing the medical tests, there seemed to be no clinical reason, his urinary system was ok!

I knew previously that the boy was having difficult times in the war here in Syria especially in his city, so I started to talk to the boy in  a lovely and kind way, I asked him about his most fears, and I understand that he was afraid to lose his mother as he lost his father (his father is a prisoner for years)  in the war, so his body is reacting in this way so he can gain more attention from his mother like a baby! So I started to begin the process with the: Algorithm of Fears “simple phobias”. END_OF_DOCUMENT_TOKEN_TO_BE_REPLACED

The TFT Foundation’s documentary, “From Trauma to Peace”, is in post-production and almost complete. I will post when the DVD is available. Our new trailer gives an inkling of the power of the stories told. Please share it to give people an idea of the real possibility for peace in this world.

One of the worst disasters is when a country or a people are subjected to genocide.

Last month was the Mourning Period from the 1994 Rwandan Genocide. TFT is playing a key role in the healing of that nation through the work of the TFT Foundation. From the teachers in schools to the inmates of prisons, they are using TFT to heal from the atrocities of their past, bringing forth love and peace within their communities.

I want to share a small piece from an email I just received from Celestin Mitabu, one of our Rwandan TFT trainers in Kigali, Rwanda.

“This picture was taken during TODAY’S treatment at Kamonyi genocide site where TFT was invited officially by the District of Kamonyi to heal, assisting people traumatized with the Callahan Techniques TFT. The memorial site has got thirty-eight thousand bodies plus 36 bones recovered recently and they were buried today. This was a huge cloud of thousands of people led by many politicians, police, survivors and armies.

The thing is TFT is successful to any trauma. All the cases we faced today they were healed. We healed very strong cases of trauma and people admired. From morning hours till afternoon we worked hard to show to people that we have now a cure for trauma and people have experienced healing.” 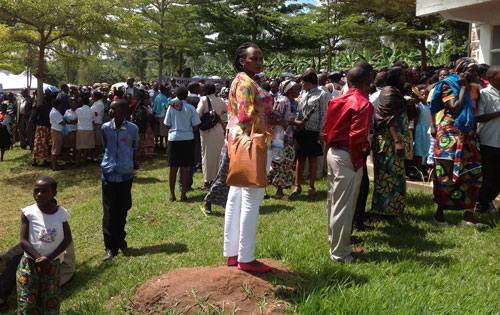 Thank you Celestin and your team for your hard work and dedication to help so many begin to heal.

Peace IS within our grasp. It is at the tip of our fingers…literally. The upcoming documentary “From Trauma to Peace” will shock you in how quickly and easily people can be relieved of the devastating effects of trauma through the safe and effective “tapping” technique of Thought Field Therapy (TFT). AND how the impact of that emotional freedom not only brings peace of mind to the individual, but facilitates peace within and among communities 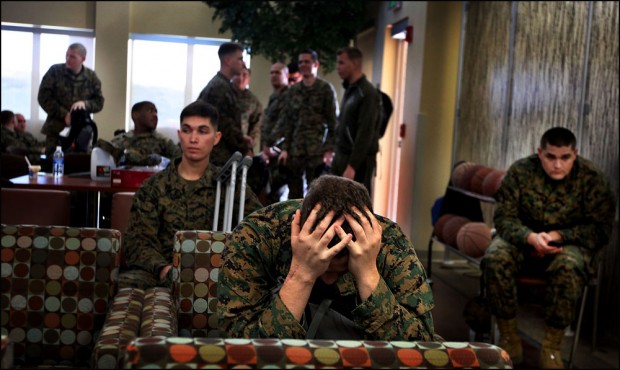 Ruth tells her story of living in Austria when Hitler came to power and the effect of those events on her life. Working with Dr. Bray and using Thought Field Therapy helped her gain peace and relief from Traumatic Stress.