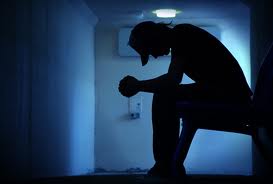 I have been taking TFT courses over the last year and having many successes with friends and family. I have helped a friend let go of the grief and trauma of losing a treasured family pet. I have helped several friends with general stress, relationship and work issues, and tested them for toxins as well. My friends are now quite used to hearing me talk about TFT and all its benefits and some are willing to let me practice on them to refine my skills.

My new son in law was having issues with the stress and anxiety of a new baby coming and his ability to provide for their future. I was receiving phone calls and texts every few days asking for reassurance and answers to questions about parenting. He has a wonderful secure job and he knew his fears were unfounded yet he was still anxious.

Although I have three other children who are accepting of TFT, this daughter is not comfortable with all my tapping remedies, but my son in law was willing to try it. One evening he was at the point of anxiousness where he believed all the silly scenarios racing through his mind. I treated him diagnostically while he chattered about his fears and worries. His SUD was a 10 when we started, but by the time we finished a few minutes later he was calm and relaxed. He actually said “I don’t even care right now, I’m sleepy!”

We also worked on some anger issues he had with his ex boxing career. I sent him home with simple algorithms for stress and also for anger. Over the next few days, I received a few more texts saying “I love this tapping stuff!” Apparently he had tried the simple algorithm at work a few times and it helped him calm down tremendously!

On a recent visit, I took him aside and asked him how things were going because I have not received any frantic phone calls in a while. He said things were WONDERFUL! He got a performance bonus at work and all is well there. On the home front, they are looking into a larger home to accommodate their expanding family and he is dealing well with thoughts of the future.

These successes with family and friends have been encouraging, but none so much as working with a complete stranger. A familiar looking young man thought he recognized me from a previous town I lived in. While we didn’t figure out how we many have known each other, we had an interesting conversation nonetheless.

He has a partner and five step children and seems to be getting his life on track very well after 3 years of being ‘clean’ from life as a former addict. He mentioned that the past addiction is something he still struggles with. I told him about my TFT training and offered to show him some tapping skills to deal with his unwanted cravings. He was skeptical but willing to try anything.

I explained that often addictions are based in another issue, and asked if there may be an underlying issue to work on first. I told him I didn’t need details, but he was welcome to tell me whatever he felt like sharing.

He was quick to tell me that he had been rejected by his birth father and he knew this was the basis for a lot of his issues. We tapped for trauma /love pain/rejection. He was a “10+ definitely” for a SUD starting number and he seemed very upset when focused on that issue. I only tapped with him through the majors, and he started laughing. He apologized for laughing and assured me he wasn’t laughing AT me, but just that “This is soo weird”. I asked him if his SUD level moved. He said “Yeah, it’s like a 5 now”.

We tapped through the gamut sequence and he started laughing again. Again he apologized and told me “this is just amazing and so weird”. I offered to continue finishing that sequence of majors, but he said it was gone, we didn’t need to. We tapped for anger issues and got through that whole sequence, but he still ended up laughing by the end of it.

He didn’t feel any cravings that he wanted to work on right then, but I sent him home with some algorithms for cravings. His whole demeanor changed from seeming stressed at the beginning of our session, to seeming like he was walking on clouds. He was quite excited and appreciative.

On a follow up a week later, he said he was amazed at TFT and would definitely like to have another session to work on some other issues as well.
I am very thankful that I was introduced to TFT and thankful as well for all the training I have received. The feeling of being able to help people and the sight of seeing them overcome upsetting issues within minutes is absolutely amazing!