All truth passes through three stages. First, it is ridiculed. Second, it is violently opposed. Third, it is accepted as being self-evident. Arthur Schopenhauer

There is nothing more difficult to take in hand, more perilous to conduct, or more uncertain in its success, than to take the lead in the introduction of a new order of things. Niccolo Machiavlli

Trauma- informed care and practice is a framework for the provision of services for mental health clients that originated in the early 1990s and has especially been put forth as a sensible service model since Harris and Fallot’s 2001 publication Using trauma theory to design service systems. Trauma-informed care can be seen to be characterised by three main considerations in regard to the provision of treatment services:

In Australia these ideas were the focus of a consciousness raising conference: Trauma-Informed Care and Practice: Meeting the Challenge conducted by the Mental Health Coordinating Council in Sydney in June 2011. The conference was part of an initiative towards a national agenda to promote the philosophy of trauma-informed care to be integrated into practice across service systems throughout Australia.

It has only really been since studies such as END_OF_DOCUMENT_TOKEN_TO_BE_REPLACED

Here is a case study, with a client yesterday, it was so powerful, and, I just used some Algorithms…

Client was a 19 year old male, P, with a history of sexual abuse of nephews, and severe physical abuse by his father. His sister had been almost killed by his father several years ago, and also had been severely sexually abused.

I had been seeing his sister for multiple issues and she is doing so well that she decided to share her therapist (me) with her brother.

Note: They both live still with their father, who is trying to behave (after police intervention several years ago) but who recently has been emotion- ally abusive to this son again.

P. came in to work on what he calls ̈his frustration ̈ of not having work.

He looked very angry, with a kind of dark cloud around him. He has been looking for a job for 2 years now, with no success, and the family has gone through great financial challenges. He never smiled, almost didn ́t look me in the eyes, and was quite reluctant to talk.

I used some time to establish rapport, explaining about TFT and telling him he didn ́t have to tell me details. (His sister told me that he had been sexually abusive to his younger brother, which he was very ashamed about… he didn ́t mention this to work on in this session).

He asked me if I thought he was bipolar or so, and I explained that in any case it was important to address traumas, in order to be able to be free from the past… some tears came to his eyes, like regaining hope.

So when I asked if something else was going on he told me he doesn ́t speak to his father anymore since 3 months, and the situation in his house is very tense. I suggested we work on that first, since he stated he was so disappointed and angry with his dad, that he felt his presence as a dark energy, a 100 on a scale of 0 to 10!

We started to work on his anger and the deception of his father,

Beginning SUD was 100 (in his words), with a dark overwhelming feeling when thinking of his father. We used the complex trauma algorithm with anger, and it dropped to 8, a little smile and surprised expression came to his face.

We corrected several reversals, the 9 gamut and completed the sequence and the floor to ceiling eye roll and he reported his SUD was 0… He started to laugh and couldn ́t stop!! (It all took but 5 minutes.)

I then asked him to focus on his father and his shouting at him, and he didn ́t get upset at all!!

Then he wanted to work on his frustration of not finding a job, anxiety and lack of hope and self- esteem. His beginning SUD was 8.

I chose to use the complex trauma algorithm with guilt, and his SUD dropped to 5, so we completed the 9 gamut and sequence and it dropped to 4.

He referred to sadness and lack of self-esteem… so I repeated the sequence again and added the gamut 50 and some reversal corrections. After the eye roll his SUD was 0…

He laughed out loud and was completely transformed, with a sparkle in his eyes.

I gave him flower essences, and will see him back in one month.

Home work: PR corrections every hour and look for a strategy to get some experience in his job offering his services part-time for free.

During the session it was about 30 minutes rapport building and explanation, two times 5 – 10 minute treatment sequences, five minutes of laughter and 10 minutes of future strategies.

A completely transformed young man… I am looking forward to see how family dynamics might change too!

Peace IS within our grasp. It is at the tip of our fingers…literally. The upcoming documentary “From Trauma to Peace” will shock you in how quickly and easily people can be relieved of the devastating effects of trauma through the safe and effective “tapping” technique of Thought Field Therapy (TFT). AND how the impact of that emotional freedom not only brings peace of mind to the individual, but facilitates peace within and among communities

Layoff disasters occur throughout the United States and other countries every day because of our current economic recession. Paradoxically, our movement out of the recession is not ending layoffs nor is it creating enough needed new jobs.

Economic recession causes a chain reaction loss of jobs that affects the security of millions of people. The outcome generally results in serious emotional problems for those affected.

I’ve been called to visit a number of different companies recently that were in the process of laying off employees. Most of the people being laid off are people who have been with their company for many years; some, upwards of 20 or even 30 years.

Most of these people are not ready to retire and they have essential bills to pay each month such as a mortgage, utilities, car payments, school loans, etc., and they usually lack other financial resources. Therefore, the news that they have to find other employment comes as a terrible shock to them.

One of these companies was on the brink of a shutdown when I was called. The employees had not yet been informed that a layoff was com- ing, so the management wanted me to be on the scene when the announcement was made. In essence, I was like a “first responder” to help employees deal with the firestorm of bad news.

There were 250 employees about to lose their jobs and frankly, they didn’t know me from Adam, but the management assured them that I would be available for counseling if they wished to see me. I was also available to help any of the managers who might become overwhelmed with the problem, and some were.

Over three days, I met with 40 people; some in small groups, some individuals and some couples. In one instance both husband and wife worked in the same company and both were being laid off.

When I arrived, I immediately sensed the tension and the apprehension among the managers. END_OF_DOCUMENT_TOKEN_TO_BE_REPLACED 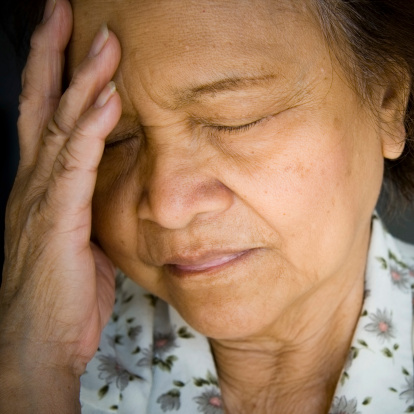 A pilot project in San Diego has demonstrated the effectiveness of TFT in helping immigrants and refugees to resolve post traumatic stress symptoms. The San Diego Elementary School Counseling Partnership (through a grant from the U.S. Department of Education) sponsored a traumatic stress clinic for children and families in the mid City area of San Diego for two months.

Although short in duration, it proved to be of great value. This project, serving an inner city school area, provided services primarily to immigrant and refugees. Andrew Jackson Elementary School, home base for the study, serves several immigrant communities.