Jim Mc Aninch, TFT-ADV, TFT-RCT and Tom Greenhalgh made a presentation about clearing issues which troubled Veterans, Public Safety and Addicts in their struggles with recovery, entitled “They don’t Talk, Trust or Feel”.

911 dispatchers are a unique group, for they are the first responders. They are the first ones to connect with the individuals or groups with an emergency need. They must take the information, figure out the need and then relay that information to the proper responders with the correct location in seconds.  There is no room for error for they are dealing with life and death situations. Like the military and their special operation individuals; they are a challenging group to gain entry into.

With the development of CISM procedure and CISM teams working with the various responder groups, the value of this to the members was being recognized. Unfortunately the dispatchers we’re not included in these groups because they were not at the scene of the incident and it was felt that they were not affected by the event.

A number of years ago, I was called in to help with a crisis that had occurred within the northern zone of the Pittsburgh call center. On the northern zone’s weekend off, the team’s group leader/mentor was along with his wife killed in a tragic car crash. The crew members were unaware of the incident until reporting to work. The whole crew was impacted by the event and unable to safely work on the screens. The Chief Administrative Officer for Allegheny County requested immediate help from Pittsburgh’s CISM team. I was available and I went in to assess the need and give them what I was trained in regarding crisis intervention. I was able to educate them with regard to the possible effects of a critical incident but I also became aware that more was needed, to possibly find immediate relief.  I made the choice to integrate TFT into the crisis intervention work. I was able to stabilize thirteen dispatchers through one on ones and combinations in four hours which permitted them to safely return to work supporting the city of Pittsburgh. I immediately became the Chief’s designated 911 Center CISM representative ever since. END_OF_DOCUMENT_TOKEN_TO_BE_REPLACED 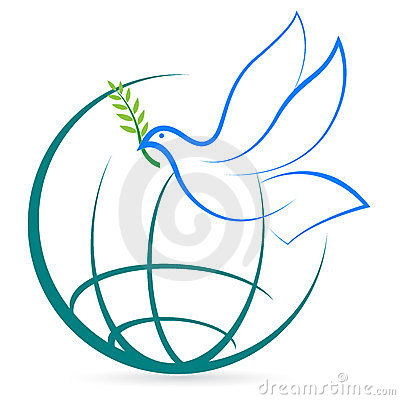 Trauma, Disasters and Our Emotional and Physical Health

World-wide disasters are increasing at an alarming rate, as is our awareness of them through the media. Whether man-made or natural, they have the same devastating effect on our lives–anger, grief, hatred, fear, nightmares, and ill health.

According to the World Health Organization there will be 1.2 billion people suffering from PTSD. It’s predicted that by 2020 mental illness will grow to be the number two cause of death, second only to cardiovascular disease.

One only need watch the news or read the paper to hear about a war, genocide, terrorist attack, hurricane, flood, fire or earthquake, and see the millions suffering. The mere watching of these events can also cause trauma and fear. The need for effective and affordable help for these people is becoming greater every year. 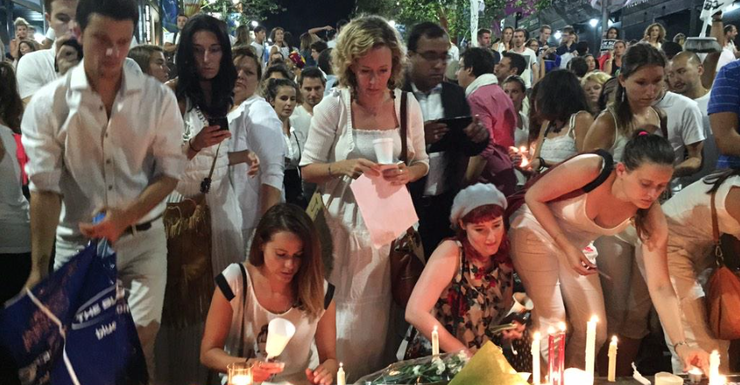 The TFT Foundation offers its sincere condolences to those in France affected by the recent shootings. Please let anyone you know that has been traumatized by this tragic event about our site, which has the instructions for the TFT trauma relief technique in 14 languages, including French. Here is the link you can pass along: www.TFTtraumarelief.com.

The following is an excerpt from the article “Summer Report from Celestin – TFT Trainer, Kigali” in the Fall 2014 issue of “Tapping for Humanity,”
by Pr. Celestin, Director of Rwanda Orphans Project:

[This is] a great moment for TFT thinkers and researchers to establish/initiate what TFT may do to help in healing and assisting victims of EBOLA.

It’s becoming a disaster, affecting many Nations in West Africa like Nigeria, Guinea, Liberia, Sierra Leone plus the Congo in Central Africa where Ebola was found for the first time in years. At the moment, the DRC counts 30 people who have died recently in the province of Equateur, far from Kivu which is our neighbor.

I know people have panic, fear of death, and are traumatized because they are not allowed to run away to neighboring countries. They have a shortage of food because other countries are not allowed to bring goods and food. If all these fears, panic, trauma and stresses can be treated then it’s a reduction in sickness.

I worked with a young boy, 4 months ago who grew up at the Orphanage and he was detected as HIV positive. After he was told that he had HIV POSITIVE, he bought a drug and he wanted to kill himself. As soon as I was told by one of our care givers who took him to hospital I took him outside the center. I offered to him something to drink with a heart ready to accept him in a loving way.

I introduced TFT to him. The three of us with a caregiver, started the tapping exercises. He is now ok. He is no more fearing death and he is very courageous to continue his studies in his final secondary school and is a high performer.

I just wanted to give this illustration knowing that TFT may eliminate HIV fear and anxiety; it can do the same for EBOLA.

Big appreciation to all TFT researchers and volunteers.

“Each year the International Day of Peace is observed around the world on 21 September. The General Assembly has declared this as a day devoted to strengthening the ideals of peace, both within and among all nations and peoples.” The United Nations website

What better way to honor and celebrate this international day of peace than by sharing the TFT trauma relief technique with others? We now have instructions in 15 languages. If you know anyone who is suffering from the effects of trauma, or anyone who is working with people who are, please direct them to this site.

We invite you to also share the following trailer to the TFT Foundation’s film, “From Trauma to Peace,” which is scheduled for release at the end of this month. The film is a powerful demonstration of how effective TFT is in promoting peace.

As you may know Chile is a country where natural disasters happen every now and then. Thus most people are always willing to help and to assist those in needs when something happens, each one doing its best according to experience and knowledge.

In March we had a “minor” earthquake (7.0) in the northern region (Iquique, a port in the north of Chile) , which was not so harmful but left people in a state of unease and expectation to what might be coming next. On April 1 a much bigger earthquake (8.3) hit the same region at 8 pm.   Fortunately most were already at home with their families , which was a very positive. The first reaction people have with these events is to desperately know if their relatives are ok.

It is also important to know that for many weeks there were important aftershocks which kept people under continuous stress . Some did not want to sleep in their homes for fear it would hit again at night, and many wanted to stay in the surrounding hills, as after earthquakes there is always the danger of a tsunami afterwards.  The memory of what happened in March 2010 (earthquake plus sumani).

In these cases, the best way to help is to do it through a local organization.   A group of TFT therapist were eager to help, so we got in contact with a mining company who was organizing psychological help for people affected by this earthquake. One of the volunteers was somebody who has done the Algorithm course and lives in Iquique.

The team traveled to Iquique twice for one week. Most of the times they worked with a whole group (algorithm for the trauma plus emotions), the only way to give help in larger number. And in some cases , they did individual sessions (using mostly diagnostics).

The work involved the trauma (s) of the situation, plus the anxiety of what the next one to come, as earthquake specialist were saying that not all of the pressure had been released , which means that there must be another one in a near future.   This caused a lot of anxiety in all of the people treated, and mainly those who had to drive up to the mines, which means taking a winding road that may be very dangerous during an important earth movement. Thus we also had to address this anxiety and give them tools to do tapping on their own while driving up the road or whenever they felt uneasy or afraid.

While we were doing these interventions, we had another big disaster on April 23. In Valparaiso, a hilly town near the sea there was a huge fire that burned down 2.900 homes affecting 12.500 people, all of them of very low means of income. The fire was extinguished only after a week; the town was covered in smoke, the houses burned to ashes, people living in shelters, stray dogs and cats in need of food….

Local authorities asked to concentrate all help through organizations working in Valparaíso so as to limit the number of people coming to the city. In this case we worked through the School of Psychologist, who had the necessary contacts to go and work with the people, mainly in shelters.

In this case the traumas were not only the one of the fire but also that of losing all their belongings, all their “treasures” (pictures, family items, etc)., the uncertainty of the future (the local government is rebuilding those homes but that takes time), children who had lost their pets, whose school had burned down, plus the daily problems that rise when living in shelters with many other families.

As you can see, it is a multitraumatic situation. In this case, what we mostly did was train volunteers to work with the appropriate algorithm. This work is still being done; volunteers mainly work on week-ends. They have also been trained to teach parents algorithms to have tools to help their children. This empowers them and gives them tools they can use with others.

Once again, TFT has proved to be a wonderful tool to help people in need, help them get over their traumas, to do tapping with their children, to get back the energy to address their daily routines, help them have faith in the future.