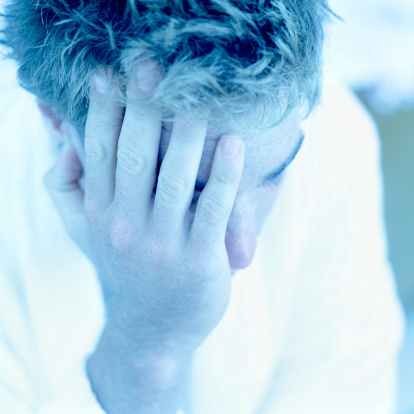 This post was sent in by “a proud mom and TFT-Dx practitioner in Canada”:

Perhaps it is a mother’s bias, but I love my kids. They have all grown up to be wonderful adults and I now have grandchildren as well.

Mother’s Day 2011 was wonderful. I received a BBQ dinner, a spa gift certificate, and they also did some yard work for me. My morning started off with my son, the youngest, making breakfast for me. It was simple and seemed thrown together, but I didn’t think much of it despite his sister harassing him for so little effort.

I love my son. He is a bright kid with a big heart. He graduated last year and wanted to take some ‘time off’ before continuing with school or looking for work. I supported his decision knowing full well he deserves a break. You see, my son is labeled ADHD and has a few social issues.

There is also history of mental health issues on both sides of the family so I have been diligent in trying to keep on top of anything that might develop. Through years of counseling we learned that he has problems with ‘central auditory processing’ which means that sometimes the dots just don’t connect with him. He often asks questions that seem annoying to most people because the answers may seem so obvious he if would just ‘think it through’.

He endured many years of bullying throughout his school days and really does not have many friends to hang out with. However, he has found a following of friends in the online world of gaming. He plays games and makes music videos. He is quite skilled, I might add.

Sometimes his fascination with all this online world may seem silly to some, but I read a news article a few years ago where a 12 year old boy hung himself because his parents took away his gaming privileges abruptly. I understand that these online friends he communicates with are just as real as someone next to him and this keeps him company when his local friends are not available.

When I was introduced to Thought Field Therapy techniques and starting taking courses, I saw the amazing results of these new skills with friends and family. All along I had hoped that I would be able to use these skills with my son, but a year and a half later he still thinks mom’s tapping stuff is weird and he has been unwilling to let me show him anything.

Mother’s Day 2011 was over and we all went to sleep, or so I thought. About 5:30am my son barged into my room and collapsed into my arms, visibly distraught. He said I needed to get some anti depressant pills for him immediately!

I was half asleep, but I have done TFT for so long that I just started doing the complex trauma algorithm surrogately while my son admitted to me that he was scared of the thoughts he was having of grabbing a kitchen knife and hurting himself. I am so glad he came to me instead following through on those thoughts!!

I kept doing the algorithm while I tried to wake up and make sense of the situation at hand. He kept going on about how someone hacked his accounts and he lost 3 years worth of important stuff he had built up. (This was why he didn’t put much effort into breakfast  that morning and seemed so distant throughout the day).

He seemed to settle after just a few minutes and asked me what I was doing with the tapping. I told him don’t worry about that just yet, just keep talking. He soon stopped crying and was asking more about tapping saying it must have helped because he felt much better.

We ended up having a two hour session of algorithm and diagnostic TFT on many issues that came up. Some were recent issues with friends, some were buried hurts of the divorce when he was too little to understand, his father’s absence, and the death of an elderly sick relative.

A day or two later, my son randomly asked me to do more tapping with him sometime because “I haven’t felt depressed at all since you did the tapping stuff with me”. I will gladly oblige! Yes my Mother’s Day was wonderful with all the gifts I received. Considering how this situation might have turned out, the gift of LIFE is the best gift of all!