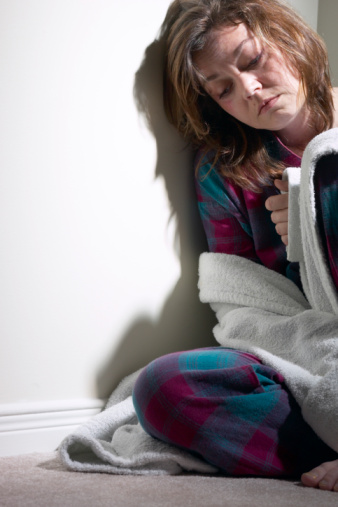 In “Transcending Painful Memories: and the emergence of the new psychotherapies”, I reported on one of my first cases of successfully applying TFT. I used the pseudonym of Barbara in the section on Rape Trauma. At age thirteen Barbara was raped while on a date with an eighteen year old boyfriend. The trauma continued to cause her suffering well into her thirties.

Additionally Barbara had a drug and alcohol problem, suffered severe bouts of depression with suicidal intent, and evidenced a number of other symptoms subsumed under diagnoses such as major depression, dysthymic disorder, bipolar disorder, poly-substance dependence, and borderline personality disorder.

She had received treatment at a number of facilities, both outpatient and inpatient, and she was not doing well at all when I first saw her.

When Barbara discussed the rape with me, she definitely appeared to be “reliving” the event to some extent. She cried deeply and evidenced profound remorse and referred to herself in the most negative of terms.

At first I interrupted the reliving episode by having her attend to the external environment by describing what she saw heard, smelled, tactually felt, etc. After she calmed down, I told her that I was working with a technique that might help to relieve the pain that she felt each time that she thought about this event. I asked her if she would be willing to give it a try, and she agreed.

Within several minutes of treating her for psychological reversal and using the basic trauma algorithm, Barbara no longer felt emotional pain while reviewing the memory. What amazed me even more so at the time, however, was the fact that Barbara’s beliefs about herself and the incident were simultaneously transformed.

For example, I asked her what she thought about the event and she replied in an almost casual tone that it was “just something that happened when I was a kid”. I even pushed her on this to test the reality of the transformation by asking with an accusing tone, “Don’t you think that you were to blame? Don’t you think it was your fault?” Her response to me was an unshaken and softly stated, “No, I don’t think I was to blame. I was just a kid.”

I couldn’t believe it. Just moments previously she had gone on about what a no-good so and so she was, and now she was doing an about face! How could this happen in an instant?

I saw her about a week after the treatment and she reported that she continued to not feel bothered about the rape. She told me that she tested this out at times over the week by thinking about the rape, and she did not feel any distress. That was about two years ago and I know that Barbara has continued to do well, since I have had intermittent contacts with her concerning other issues in her life.

As I reported in the article, Barbara was not instantaneously and totally cured, even though the traumatic memory was completely cured within a brief period of time (or even outside of time, depending on how one thinks about such things). While relieving the trauma certainly seemed to have a positive ripple effect throughout Barbara’s life, I should note that I also taught her treatments for addictive urges, anxiety and depression. These treatments were mostly employed during therapy sessions, although she did practice the algorithms at times on her own when she remembered to do so.

Today Barbara is not dependent on drugs and alcohol and her self esteem appears to be on the rise. She went on to complete an undergraduate degree in psychology, is now working on a graduate degree in social work, and is holding a responsible job in the field.