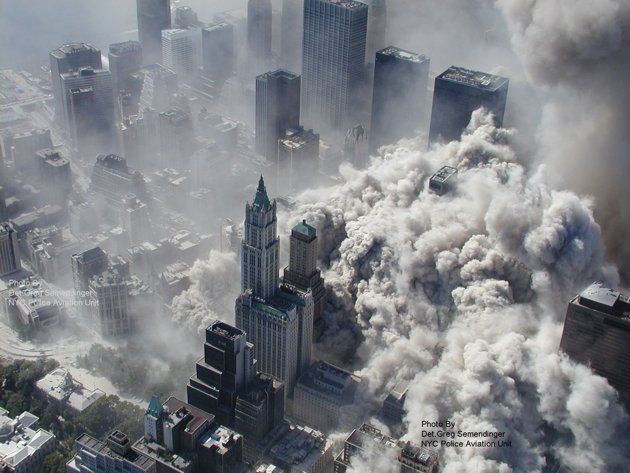 In memory of those who suffered from the 9/11 tragedy–and in the effort to relieve their suffering and that of the many others who are traumatized by violence–we are reposting Ms. Bahr-Groth’s story of visiting New York five days after the event to help survivors with TFT. For another profound 9/11 TFT story, click here.

On Sunday, September 16, 2001, Kay and Jan, two women I trained in TFT, and I left our seemingly safe little town of Stamford, Connecticut and drove toward New York City. Unable to simply watch the horror of the World Trade Center disaster and its aftermath days before we decided to make our way into the city and find a way to help those in need. Armed with 2,000 copies of the Thought Field Therapy trauma/anxiety algorithm, a simple paper sign reading “Free, Trauma Relief”, a few bottles of water and a little folding table we began our somber journey.

It was one of those lovely late summer days with a perfectly clear blue sky and bright sun. We decided to put the top down on my convertible hoping the sunlight would lighten our spirits. The beauty of the day made it seem more incredible that such horror could have occurred.

As we passed the George Washington Bridge, just minutes from midtown Manhattan, the truth of the disaster could be seen and smelled. The awful sight of the empty skyline shrouded in white smoke shocked me beyond words. I, of course, had seen the news day after day and knew that the World Trade Center no longer stood tall and majestic in the sky. Still, I heard the words in my mind over and over saying “It’s not there…… It’s not there.”….. The tears streamed down my face as the truth and reality of all I knew set in.

The acrid scent of the smoke filled our nostrils and reinforced the certainty that so many had died. While driving and trying to absorb the shock of the situation, I treated myself with the trauma algorithm, often fixing my reversal. I noticed Kay and Jan treating themselves as well. We drove for miles in silence looking at the skyline which is now and forever changed.

We drove to lower Manhattan and tried to get as close to Ground Zero as possible. We miraculously found a parking space just in front of the memorial sight at Union Square Park. It is a lovely little park naturally filled with flowers and trees and but now filled with photos, candles and posters of those who were missing.

Thousands of New Yorkers were walking through the park bringing flowers, praying and connecting with others. It was there, close to the makeshift memorials, that we began END_OF_DOCUMENT_TOKEN_TO_BE_REPLACED 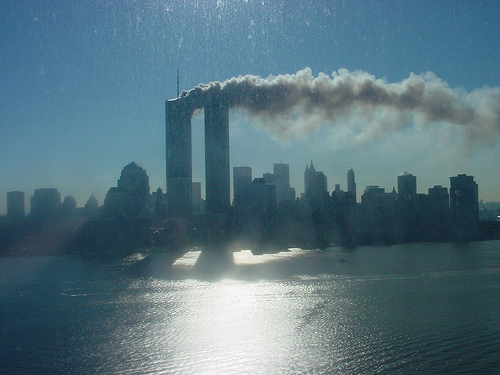