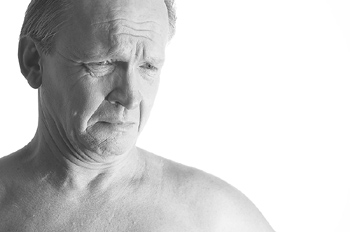 A friend of mine (let’s call him Art) was having trouble staying focused on his work, relating to others, sleeping at night, and was feeling very depressed and almost despondent. He called me and asked if I could help him. Art told me he had seen many doctors and had taken various drugs but nothing was working. In fact he was getting worse, not better.

He wasn’t even sure he wanted to live any more because he felt there was nothing left in his life that he cared about. I immediately asked him if he was under a doctor’s care. He said he was just released from a mental health facility and didn’t have insurance so he had to keep going to a local clinic and would have to wait for hours to see a doctor.

I asked him what happened. Art explained, “One day while driving to an appointment, I could feel the anxiety bursting at the seams. I was recently laid off from a large firm; I lost a long term relationship in a bitter break-up; I suffer from severe back pain from an auto accident a couple years ago, and now I don’t have the money to pay my overdue rent.”

Art had been looking for a job for months and said he was on his way to an interview, when he looked in the mirror and saw his face swollen, red and very itchy. He was covered from head to toe in a rash. “This was the final straw!” he exclaimed to me. The last thing he really remembered was stopping the car in the middle of the road and getting out. Two months later, he was released from a mental health facility, put on new medication, and sent back out into the world to deal with his challenges. He had no family locally and didn’t have money to travel back home.

Art had done some pro bono work with my construction company so I agreed to see what I could do for him. When he arrived, he looked awful. His face and body were covered in hives and he was shaking uncontrollably. I could see he was absolutely miserable and very distressed. The first thing I did was sit him down and take him through a relaxation exercise. Then I proceeded to walk him through the Thought Field Therapy Trauma Algorithm to help him overcome the trauma of the terrible rash. I then showed him tapping points for the trauma of his panic attack, then the loss of his job.

Each time, Art’s shaking lessened and his body started to relax. I went on to treat him for the loss of his job and his broken relationship. Since I am new in using TFT, I was amazed to see how his demeanor changed to being more relaxed. Even his rash was starting to fade away!

I tested him for some things that I felt may be toxic for him such as his anxiety medicine, foods he may have eaten, laundry detergent, etc. Because his body and immune system seemed so compromised, it didn’t surprise to me to find that he was sensitive to many things. I started treating Art one by one for those sensitivities.

Two hours had gone by and I was still working on him, yet I felt the need to continue as he was showing great progress. It was truly amazing watching the rash disappear before my eyes and to see his horrible trembling almost stop. Art’s big brown eyes looked up at me with tears flowing down his cheeks. I asked him if he was alright and if he wanted to stop. He took a deep long breath, closed his eyes and didn’t say anything.

I asked him again if he was alright or if our TFT activity was too much. He told me, “No, I just need a few minutes to take in what has happened.” I left the room to give him some time to absorb it all. About five minutes later Art asked me to come back into the room. I almost didn’t recognize him. He wasn’t the same person who walked in my door two hours before.

He was smiling and almost completely free of the rash. He hugged me and said that this was the first time in several years he felt totally free, without pressure, and not anxious or nervous. He felt like he could make things work out. He didn’t feel like the weight of the world was crashing down upon him.

Before Art left, I wrote the tapping sequences down for him so the next time he felt anxious, he could start tapping before he got out of control. He left a new man! I can’t begin to tell you how being able to help people help themselves has changed my own life! TFT is truly a Godsend for them and me.