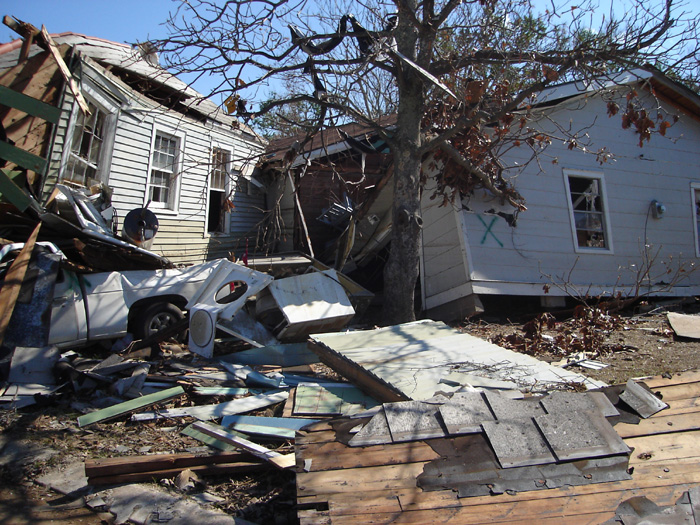 THE DAY OUR LIVES CHANGED FOREVER

Coming home to New Orleans was not easy, but no one thought it would be. What we had thought would be a long weekend visiting friends during a perfunctory evacuation to North Louisiana, we slowly realized, was the beginning of a long, and scary road home. Nothing could have prepared me for the turns and twists, disappointments in who didn’t help and amazement at who did, and the level of commitment of so many life-long friends and family members who came forward with money, supplies, and all we needed to survive those first months after leaving all we knew as our lives behind.

No amount of sensationalized media coverage could have prepared me for what I saw as we drove into the city for the first time, even though the Mayor still banned entrance to our part of the city. The vastness of the devastation began to truly sink in as we quietly drove down the interstate past a gray, abandoned landscape. Occasionally, houses that appeared to have been blown apart by END_OF_DOCUMENT_TOKEN_TO_BE_REPLACED